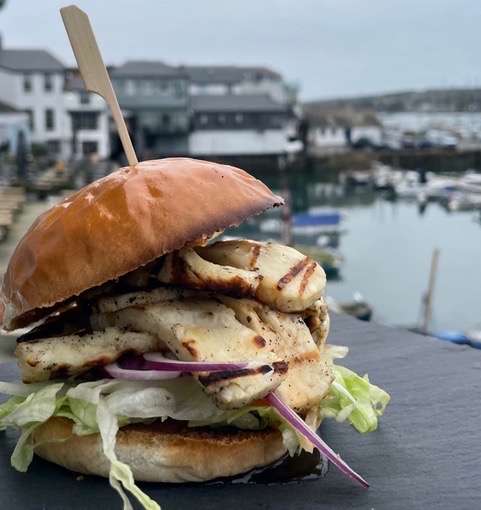 When Harbour Lights in Falmouth, Cornwall, replaced its frying range in February with an eight pan L-shaped high efficiency Kiremko, it wasn’t just serving quality fish and chips that was top of mind.

As well as featuring a separate gluten free pan and a self-contained vegan pan to cater for the growing number of customers with dietary requirements, a Synergy Grill was built in so that the busy restaurant and takeaway could add premium burgers and widen its reach.

The menu boasts a range of tasty new options from a beef patty loaded with cheese and onion rings, to a chicken burger smothered in bacon and spicy mayo, to a vegan jackfruit patty. Prices start at £5.95 but can go upwards of £9.95 when customised.

Callan Hurst, general manager at Harbour Lights, comments: “Due to the rising fish prices, the installation of the Synergy Grill gives us the ability to offer main items on the menu that are tasty and have a large profit contribution. It was KFE that recommended the grill and the team enjoy using it.”

Combining high power with low energy consumption, the Synergy Grill enables Harbour Lights to prepare food faster at less than half the energy costs of a standard gas grill. What’s more, the vapour that is naturally released from the fat and oils during cooking is absorbed back into the burgers to give a juicy and intense BBQ flavour.

With the burgers generating a profit of over 75% in the takeaway and 85% in the restaurant, Callan says the price point it has achieved for the new additions is down to the grill, adding: “We can sell our burgers at a high price because the Synergy Grill gives them a smoky flavour and they taste brilliant.”

Commenting on how easy the grill is to use, Callan adds: “A burger can be placed straight on the grill. We allow for four minutes cook time on either side for a 6oz patty.

“When we finish with the grill we allow it to cool, we lift the grates and remove the carbon.”

Find out how you can expand your menu by building a grill – or additional equipment – into your frying range by calling us on 01778 380 448 or e-mailing sales@kfeltd.co.uk