Ian Whyte, owner of Skippers in Turriff, Aberdeenshire, believes in changing his frying range when demand increases so the shop and the range are always in keeping with what customers want

“Fish and chips is a changing market,” says Ian Whyte, owner of Skippers in Turriff. “You have to go with the times, which means it’s not always fish and chips you’re doing, you’ve got to cater for other tastes too these days.”

With this mindset, it’s not surprising that Skippers’ menu has seen numerous changes over the years with popular favourites taking on modern twists and new items being embraced altogether.

“We’ve gone from doing just battered fish to offering panko breadcrumb now,” says Ian. “Lemon sole in panko is one that has really taken off and is on the menu full time now. We’ve also started cutting up our red, white and black pudding and putting it together with some haggis so it gives people a chance to try one of the puddings without worrying they might not like it. It’s doing really well and we’re seeing sales of them all grow.”

Other new additions include haddock goujons for the kids and panko chicken fillets with katsu curry sauce. “A lot of it is the same food just cooked differently. We’ve always sold chicken fillets, for example, but now rather than just battering them, we’re offering them in panko breadcrumb with a sauce,” says Ian. “It provides variation so the customers have more choice but it’s really simple for us to do too.”

Accommodating a changing menu and a growing business has been made possible by the fact Ian upgrades his Kiremko frying range every seven to eight years. Now on his third Kiremko, he’s incorporated something new each time, whether that’s an extra pan or a larger pan to boost capacity, the ability to basket fry for efficiency, or additional equipment, such as a gas hob so mushy peas, curry sauce and gravy are close at hand.

“Seven to eight years is the maximum time I keep my range for because then I can sell it on at a good price and upgrade to a new one and it’s cost me very little,” says Ian.

“Each time, the range is more efficient and the engineering has evolved so much. Even between 2012 and 2019 when I put the last one in, the difference is unbelievable. The ease of working it is brilliant. It’s far more fuel efficient, and oil and fat efficient, it just helps make my business sustainable and more viable.”

The move from free frying to basket frying was a challenge at first for Ian but one he doesn’t regret, explaining: “That was a big change for me but a far better change. It’s just a basket up and a basket down now so it’s more manageable and it’s more profitable because there are less broken chips and less wastage. If someone comes in late at night and wants one portion of chips, I just drop one basket, wait for the timer and it’s as simple as that. I would give up the ghost if I had to go back to free frying now. I’ve come to like my comforts and benefits too much!”

Citing the reasons for buying Kiremko as a combination of KFE’s level of service, build quality, workmanship and after-sales care, Ian adds: “I can go away for a week – maybe not this year with covid – and know that no one is going to phone and say “this is up with the range”.

“It’s a very reliable machine, why would I go and change to a cheaper build or a cheaper looking range? 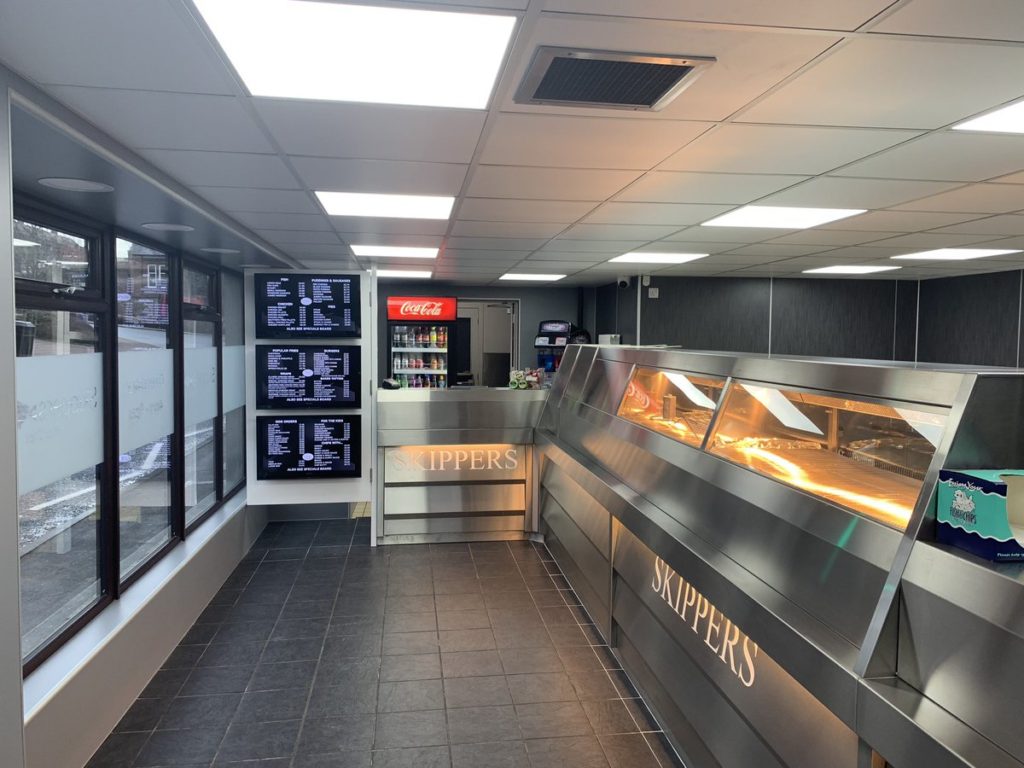 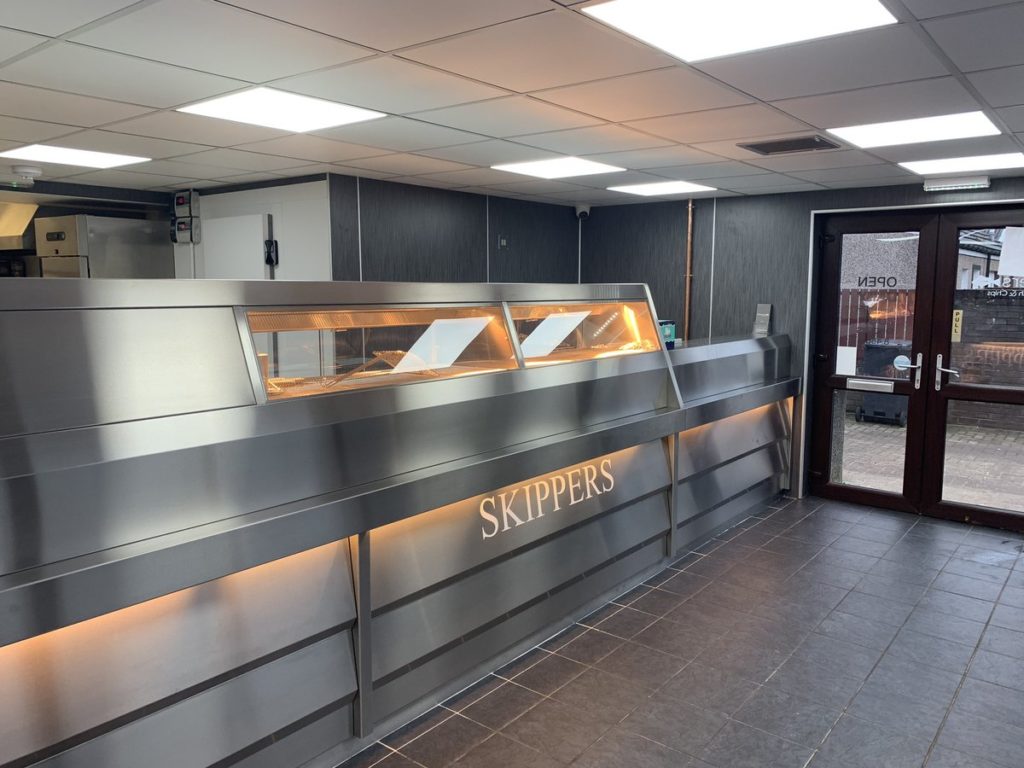 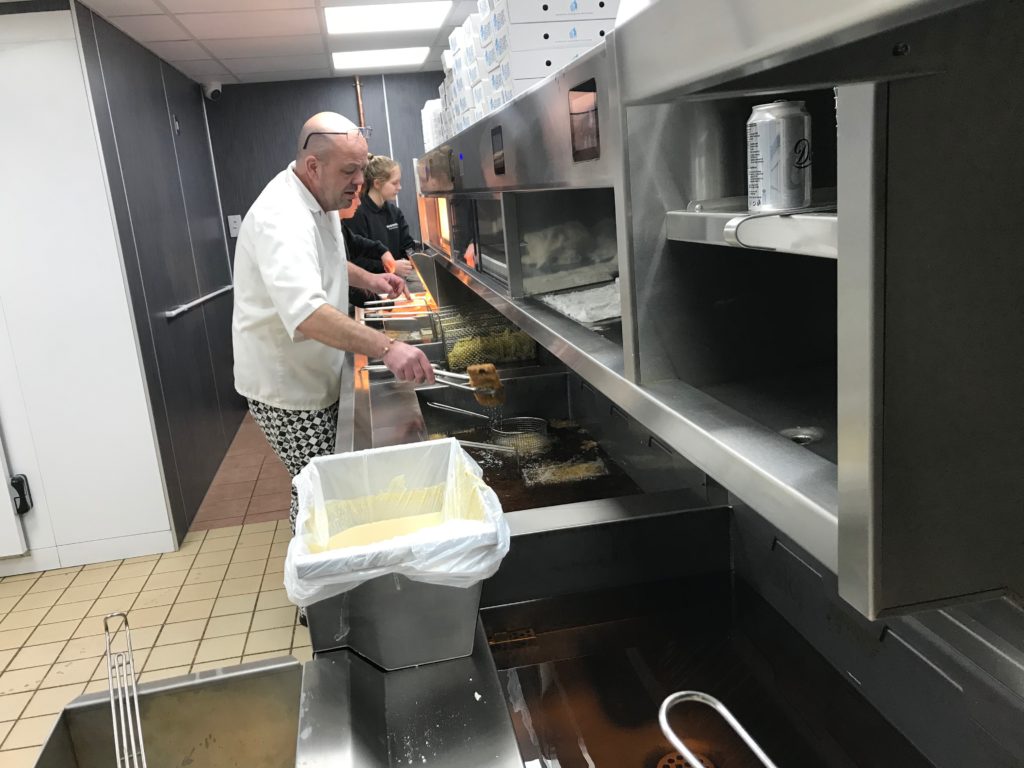 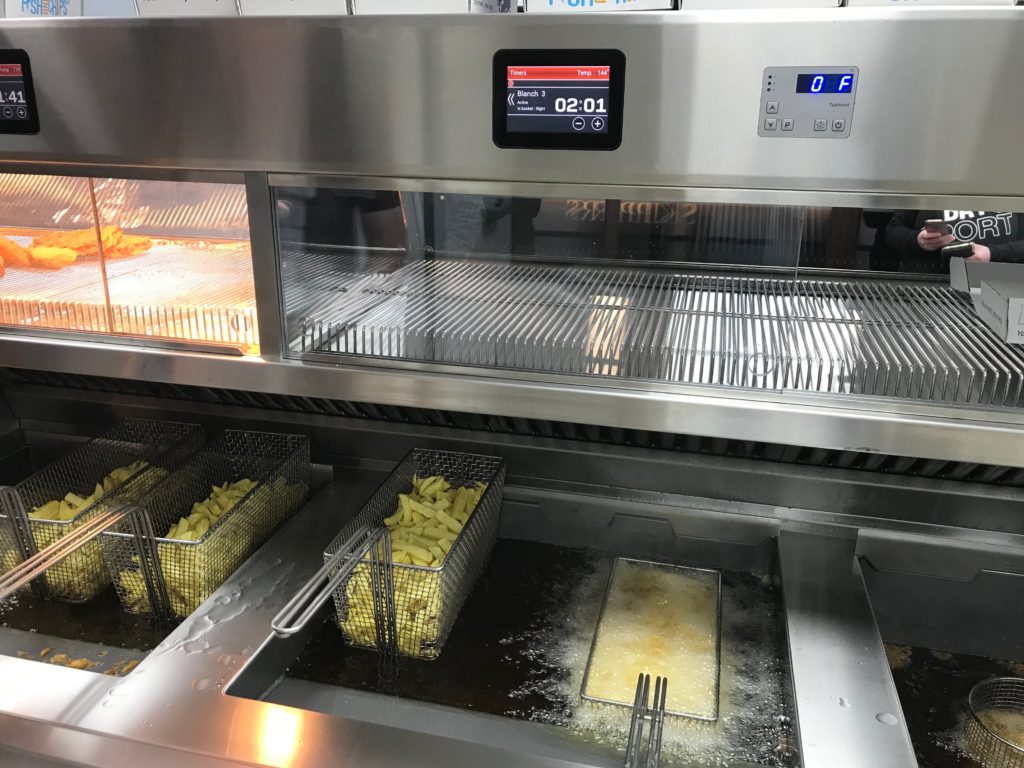